What Was Old Is New Again – Hendrix Aerial Cable Systems 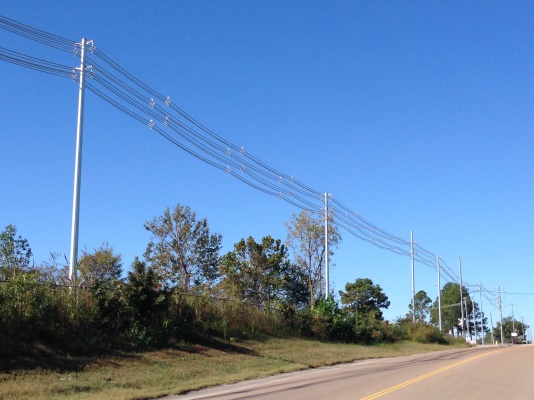 Hendrix Aerial Cable Systems has been in business since 1951.  Their proven overhead cable system continues to thrive and grow sixty-five years later. Hendrix ACS is a viable alternative for 15KV to 69KV overhead covered conductor installations where reliability is a concern.  Hendrix ACS has been used in many applications for substation exits, underbuilds, long spans and environmentally sensitive areas like coastal or heavily wooded installations.

Substation exits is the fasting grow sector of business for Hendrix ACS.  This is due to continued space constraints in substations, but more importantly because the cost of using spacer cable is so much more economical than using underground cable. It gives you more reliability against wild life outages since the conductor is covered all the way to the bus, unlike bare conductor.

Storm Hardening is becoming more prevalent for utilities.  Hendrix ACS has been a part of these storm hardening initiatives because of their great track record of reliability.

As trimming trees becomes more and more of an issue for utilities due to customer/community involvement, Hendrix ACS is a win/win for the utility and their customers.  This allows the utility to save hundreds of thousands of dollars on tree trimming while providing a reliable powerline at the same time. 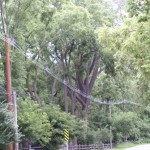 Hendrix ACS also has led the way in customer service and engineering for their customers.  Hendrix ACS will help engineer and design the installation alongside the customer and will see it through to the project end.  Hendrix ACS has also developed Apps like FieldCom and FieldEng to help customers receive even faster engineering support.  These Apps can help reduce the time of circuit design and proposal to as little as three weeks.

Hendrix ACS installations also allow you to save more money on installation time as well as material cost.  Hendrix ACS can help you design your project so you will only buy your custom lengths of cable and not a set length amount of cable like most industry standards.

If you have not looked at Hendrix ACS in a while, it might be time to consider it again.  There are many applications and uses for Hendrix ACS. We are here to help and put together proposals to show the economic savings of using Hendrix ACS as well as the reliability factor.  Hendrix ACS continues to be American Made in Milford, New Hampshire. Please contact Utility Specialists, Inc.  if we can help answer any questions or if you need additional information.